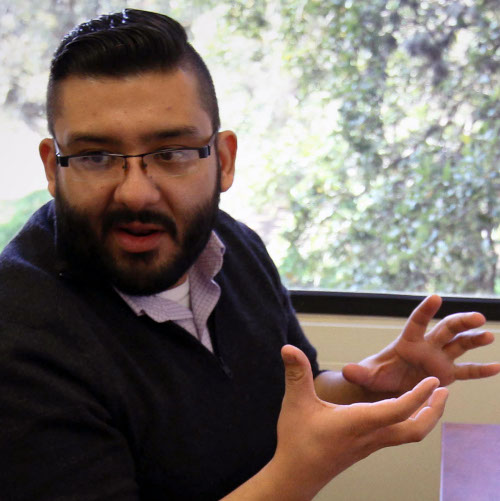 Albert A. Palacios is the Digital Scholarship Coordinator at LLILAS Benson Latin American Studies and Collections, The University of Texas at Austin. In this role, he collaborates with faculty, students, librarians, and Latin American partners to develop digital scholarship initiatives, including public lectures, curriculum design, workshops, and digital humanities projects. He is also an Adjunct Assistant Professor at the School of Information. Previously, he served as the Film Curatorial Assistant at the Harry Ransom Center (2010-2015) where he trained graduates in the preservation, cataloging, processing, exhibition, and digitization of archival collections. He holds undergraduate degrees in Architecture and Anthropology, an MS in Information Science, and an MA in Latin American Studies from UT Austin, and is a doctoral candidate in History (UT Austin) researching publishing networks in sixteenth-century Mexico. He co-directs several digital humanities projects, including the NEH-AHRC-funded “Unlocking the Colonial Archive” and the Primeros Libros de las Américas project.