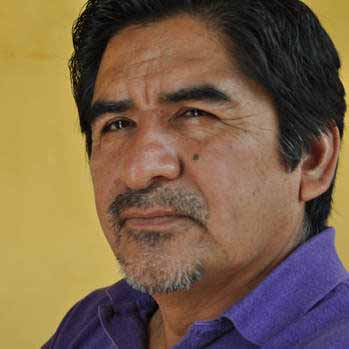 Felipe H. Lopez is a postdoctoral scholar in the Department of Literature at the University of California, San Diego. He is originally from the Zapotec town of San Lucas Quiaviní, Oaxaca. At the age of 16 he migrated to Los Angeles, California, speaking no English and little Spanish. By 2007 he had earned his Ph.D. from UCLA in urban planning, with research focusing on Mexican indigenous issues on both sides of the border. He is co-author of a trilingual Zapotec-Spanish-English dictionary (Munro & Lopez et al. 1999) and has taught Zapotec language classes at UCLA and UCSD using a textbook which he also co-authored (Munro et al. 2008). His Zapotec poetry can be found in the Latin American Literary Review, The Acentos Review, and Latin American Literature Today. His Zapotec short story Liaza chaa ‘I am going home’ was awarded the 2017 Premios CaSa prize, an annual competition for the creation of literature in Zapotec and was published in Latin American Literature Today. He is a member of the Ticha Zapotec Advisory Board. Twitter: @Dizhsa