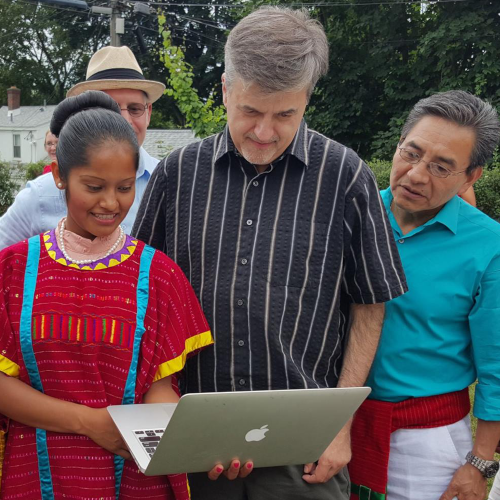 George Aaron Broadwell is Elling Eide Professor of Anthropology at the University of Florida.  His research focuses on Native American languages, with a particular focus on Choctaw, Timucua, Zapotec, and Triqui.  This research includes contemporary language documentation with speakers as well as research on historical records written in Native languages.

In some parts of the Americas there are several centuries of writing in native languages. Working with material in languages such as Timucua, Choctaw, and Colonial Valley Zapotec requires a special set of theoretical and philological skills. Dr. Broadwell has been engaged in building resources (lexicons and text collections) for the study of these languages, and has published on the grammar of Timucua and Zapotec, and including historical changes in their grammar. Dr. Broadwell has collaborated with Dr. Brook Lillehaugen for many years on building Ticha, an online collection of texts in Colonial Valley Zapotec. He is also the project leader for the online Timucua Dictionary.